Toledo, city of the three cultures

When we think of the city of Toledo, apart from its mystical image, its great fortresses and its beautiful natural landscapes, its magnificent history comes to mind, beautiful maidens walking majestically dressed through the narrow streets, prayers of Moors at the doors of their Mosques and Jews happily celebrating the arrival of the Sabbath with their families, because yes, Toledo is the fortunate city that boasts of having been the cradle of three cultures.

Three cultures that lived in harmony for centuries, that today remain in Toledo and that have left their mark well marked by the streets and corners of this great city.

The Arab culture marked its seal from the walled entrance to the historic center by the well-known Puerta de Bisagra, the door through which the Muslim kings entered, returning victorious from their great conquests. 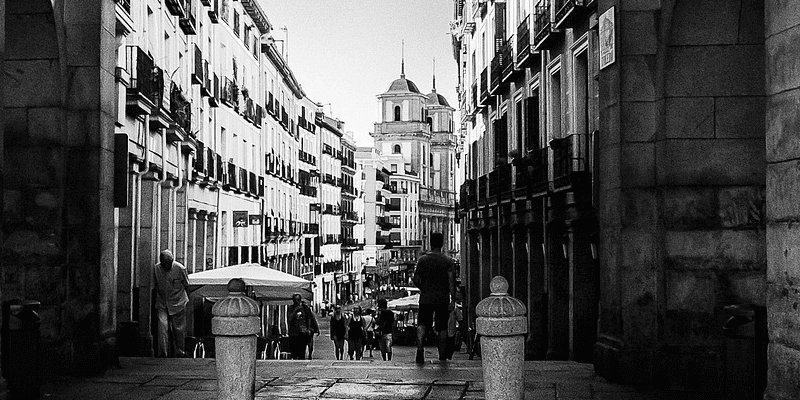 The only two mosques that remain in Toledo such as the Tornerías Mosque and the Cristo de la Luz Mosque, the latter being one of the oldest monuments built in Toledo, are also one of the examples of Muslim and Mudejar architecture that we will find in the Mozarabic area of the old town as well as the colossal Puerta del Sol old access to the Muslim medina.

Going a little deeper into the walls we will arrive at the Plaza de Zocodover, a meeting point and starting point for the vast majority of socio-cultural activities that take place in Toledo and which is only three minutes walk from our hostel, if you are from Congratulations, you have made a good choice, you are in the heart of Toledo.

Starting from the Plaza de Zocodover you would have infinite options to delight your senses, for example visiting the Fortress of the Alcázar de Toledo, especially if you like history you are in the ideal place because the Army Museum houses the fusion of several military museums that will surely satisfy your expectations.

Likewise, leaving the Army Museum you will find a viewpoint from where, on the other side of the river you will see the Toledo Infantry Academy.

Returning to the Plaza de Zocodover, you can take one of the busiest streets in Toledo which is Calle Comercio. A pleasant walk through the Toledan bustle, leaving on each side all kinds of local shops such as typical Toledo or Arab cuisine restaurants, fast or traditional cuisine, fashion or souvenir shops, small boutiques like the “before” ones where Personal attention of the dependents is still one of the great attractions of this type of site.

The Calle del Comercio itself, ends in a small square called Plaza Cuatro Calles and just opposite you will see one of the countless alleys of the city that leads to the imposing Toledo Cathedral. Majestic palace for Santa María is a Gothic-style construction of great significance within Christian theology.

Inside the cathedral you cannot overlook its sacristy, which can be considered an authentic art gallery with works by names as great as El Greco or Zurbarán.

From the Cathedral, along La Trinidad street, we will start going down towards the Santo Tomé neighborhood, the Jewish quarter. It is characterized by being a commercial, bustling neighborhood with great historical and gastronomic references. 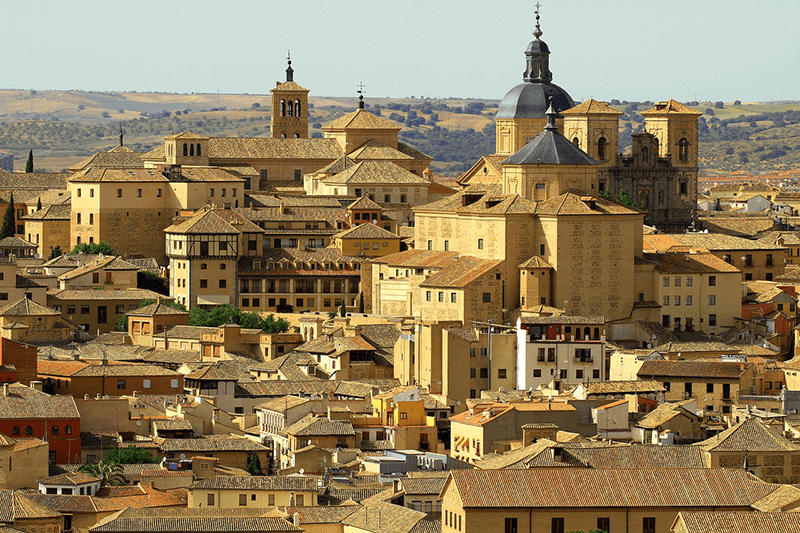 Within the neighborhood you can visit among other monuments, the church of Santo Tomé that has inside the famous painting of the Burial of the Count of Orgaz painted by El Greco, a painter who has great relevance in Toledo, in fact in the same neighborhood you can also visit the museum that bears his name and which is one of the mandatory visits within the Jewish quarter of Toledo.

An important visit within the steep and tangled streets of the neighborhood is the Del Tránsito Synagogue that houses the Sephardic museum where objects of Sephardic worship and tradition are found.

In the same street, reigning stately Gothic monument you will see the San Juan de Los Reyes Monastery with an impressive facade and impressive history of it. On its facade, huge shackles stand out that, according to legend, were used to chain Christian prisoners in Al-Andalus.

Be sure to visit the neighborhood shops with typical products of the Jewish culture and tradition, such as Mudejar sweets or pastries, kosher wines, Sephardic music that you can also listen to live almost every weekend in the Plaza del Ayuntamiento opposite of the Cathedral of Toledo.

Puerta del Cambrón or The Gate of the Jews

Outside the walls 25 meters high above the King Tagus, the San Martín Bridge, a medieval bridge to the west of Toledo, rises grandiose, from which you get a picturesque view of the river, the nature around the town and also to the slaughterhouse or slaughterhouse that at the time was the place where animals were killed under a Jewish ritual before being consumed.